Baleia winemaker and a man of the sea. 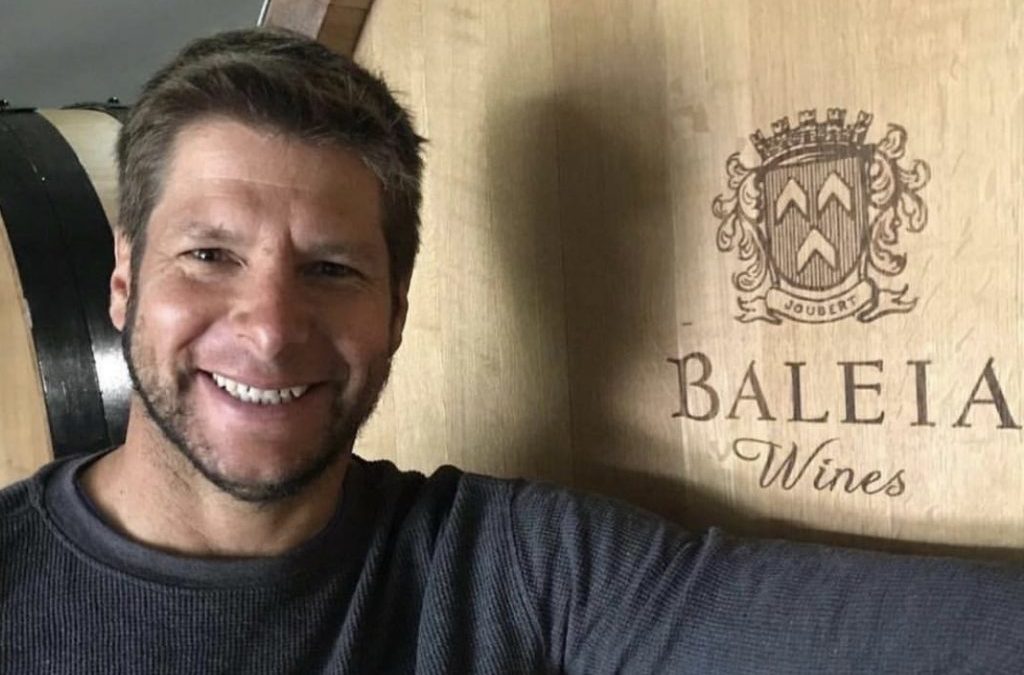 Gunter Schultz was born in Mowbray Cape Town, where his father was the headmaster of the oldest high school in South Africa, SACS. As a youngster, Gunter could not decide what to study, so his father sent him to the army, which was, according to Gunter, “a total waste of time”.

Through the influence and guidance of his older brother, Carl Schultz, Gunter decided to enrol for a wine making course at Elsenburg.

After completing the wine making course in 1996, Gunter joined Paardeberg Co-operative in 1997 and then moved on to Slaley Cellars in Stellenbosch where he subsequently worked as assistant wine maker for the rest of that year.

The following year Gunter left for Australia where he did a harvest at Miranda Wines in the Barossa valley. With his love for surfing, Gunter travelled ad surfed the best beaches in Australia until his visa expired. Later that year he decided to do a harvest at Sonoma Cutrer Vineyards in the Sonoma Valley, California. After the harvest, he and a friend surfed their way down the Californian coast to Mexico, then Hawaii.

Coming back home to South Africa, Gunter joined his brother Carl Schultz in 1999 to do a harvest at Hartenburg. Carl is the cellmaster Hartenberg Estate and is hugely responsible for Gunter’s interest in winemaking.

Being the adventurous spirit that he is, nothing could keep Gunter from going wherever passion for wine took him. In 1999 he was back on the road and off to New Zeeland for the harvest at Delegats Wine Estate, Aukland.

He returned to SA later that year and worked at Morgenhof Estate and then at Waterford Estate in 2001. In 2004, Gunter become the winemaker at Delaire Graff Estate and in 2007 he joined Kleinood Winery as their winemaker.

Today, as the winemaker and general manager of Baleia Wines in Riversdal, Gunter produces the finest wine and port (to be released September 2019). They are the only wine-producing farm in the region and produce wine and olive oil of exceptional quality.

Gunter’s passion for wine making is deep and sincere. His philosophy is that wine must taste of where it comes from not of what you have done to it. He believes that one must always allow yourself to probe deeper and keep asking questions because wine and the art of making wine is never simple and there are no shortcuts.

Over and above his passion for wine, Gunter is a dedicated family man and surfer. His love for the sea has been part of him for as long as he can remember. His father loved spear fishing and the boys all learnt to swim at an early age.

When Gunter is not in the winery or in the water, he spends his days with his wife, Juanita and their three children, Anna-Lousie, Joel and Bianca.

We use cookies on our website to give you the most relevant experience by remembering your preferences and repeat visits. By clicking “Accept All”, you consent to the use of ALL the cookies. However, you may visit "Cookie Settings" to provide a controlled consent.
Cookie SettingsAccept All
Manage consent

This website uses cookies to improve your experience while you navigate through the website. Out of these, the cookies that are categorized as necessary are stored on your browser as they are essential for the working of basic functionalities of the website. We also use third-party cookies that help us analyze and understand how you use this website. These cookies will be stored in your browser only with your consent. You also have the option to opt-out of these cookies. But opting out of some of these cookies may affect your browsing experience.
Necessary Always Enabled
Necessary cookies are absolutely essential for the website to function properly. These cookies ensure basic functionalities and security features of the website, anonymously.
Functional
Functional cookies help to perform certain functionalities like sharing the content of the website on social media platforms, collect feedbacks, and other third-party features.
Performance
Performance cookies are used to understand and analyze the key performance indexes of the website which helps in delivering a better user experience for the visitors.
Analytics
Analytical cookies are used to understand how visitors interact with the website. These cookies help provide information on metrics the number of visitors, bounce rate, traffic source, etc.
Advertisement
Advertisement cookies are used to provide visitors with relevant ads and marketing campaigns. These cookies track visitors across websites and collect information to provide customized ads.
Others
Other uncategorized cookies are those that are being analyzed and have not been classified into a category as yet.
SAVE & ACCEPT
Loading...